A digital community memory is a digital information resource that is created by a community for the community itself. It is inspired by a human memory, which contains a huge set of facts, images, sounds, smells, bodily experiences, beliefs, commentaries, opinions, speculations, plans, emotions, perspectives and much more. Our memory is crucial to give us a sense and purpose and to deal with new experiences based on what we learned from the past. A digital community memory aspires to do the same, except that it is not the memory of a single person but of a group of people who have common concerns. It is not hosted in anyone's brain but its contents are distributed across a multitude of supports, digitalized and archived on cloud servers . Through user-friendly interfaces, it is intended to share joy but also sadness, to help a community deal with traumatic events and to expand and share precious resources.

Digital community memories have been built before, for example to alert about air and noise pollution in cities like Paris and Brussels or to help manage sustainable wood logging in the African rainforest. But the Aqua Granda Community Memory is special, not only because it is about the traumas of the catastrophic Aqua Granda inundations in Venice in 1966 and 2019 but also because it uses social media and leading-edge data analysis and AI tools developed in the Odycceus European project in order to gather, store, process and display the reactions of citizens, visitors, and experts and to make opinions about what should be done to avoid future catastrophes visible and explorable.

The Aqua Granda Community Memory is a living system, which allows anyone to access, augmented and (re)interpret its contents in relation to an ever-changing present. The basis is there but now it is in the hands of all those who care about Venice to further expand and use it as a tool to commemorate the Aqua Granda’s events and to find a path towards the future livability and sustainability of this unique city.

Check out the full catalogue

The strength of the AquaGranda project lies in the inherent nature of the city of Venice: despite being a place visited by millions of people, Venice is like a small town. n the days that followed the extremely high tide of November 12, 2019, all citizens sustained each other in the effort to rise again. Constructing an archive one year after the event hasn’t been easy, as the citizens’ memories could revive the terror and despair of those days. Nevertheless, citizens also had a need to remember, to better understand those experiences, to almost exorcise this event that affected so much the Venetian identity. For the aforesaid reasons there was a great adhesion to the process of collection of archive materials. The images retrieved showed a need for redemption and liberation from a nightmare that had subjugated the entire community.

The invitation to participate in the construction of this digital community memory was promoted through a campaign on social networks and local media This allowed the project to reach a wider audience. However, a section of the population that was not familiar with the use of new media was at risk of being left out from this campaign. For this reason, a fundamental part of the collection work consisted in meeting people physically, for explaining them the project’s objectives. This allowed on the one hand to retrieve more material, and on the other hand to establish a trust relationship with the community. This aspect, of vital importance for the project, has permitted to enrich the community memory with all those emotional aspects that would otherwise have been lost.

Individuals as well as institutions were affected by the natural phenomenon. Institutions also brought an important contribution, as they are meeting places for the community we were collaborating with. An essential task for the success of this project consisted in reaching out to local institutions and associations, which played an active role in the days following the flooding. The DVRI (Distretto Veneziano Ricerca e Innovazione) played a key role in structuring a solid collaboration with the city and its cultural and research actors. Venice’s artisans and small businesses confederation, called Confartigianato, contributed by helping us reach out to all local artisans. CNR ISMAR and Centro Maree also responded to our call by activating a dialogue between art and science , and by providing scientific data and specialist training for the artists and data scientists invited to contribute to the exhibition

Fragments of community memory from the web

Memory is not static: it is continuously influenced by new experiences, as well as by processes of recall and reconstruction of past circumstances and events. A significant portion of the information about this high tide was spontaneously shared online at the time of the 2019 high tide. The Web and its apps, which are now easily accessible even during extreme events, allowed anyone who wished to do so to report online in real time, stories and emotions experienced in every corner of the city. Social media could therefore be used as a time machine for Web 'archaeologists' in order to digitally memorize how the event was perceived by the community when it took place. This was our attempt in the creation of the archives and the subsequent exhibition.

One of the critical issues in the creation of this memory was to define a strategy for finding, collecting and cataloguing online information about the event. The automation of data collection, through open-source programmes developed and used in the ODYCCEUS project (such as DMI-4CAT and Penelope ), makes it possible to collect large volumes of data from social media in a short time. 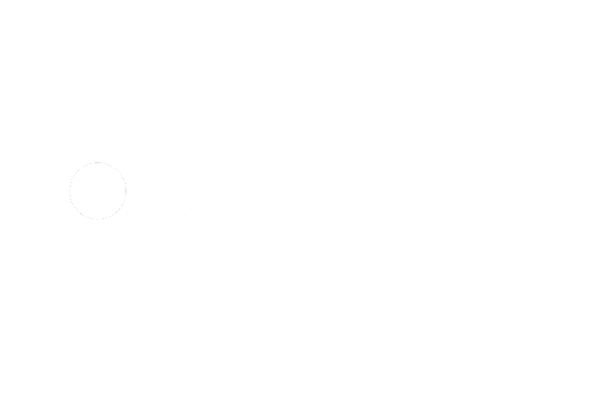 The ODYCCEUS project is coordinated by the Max Planck Institute for Mathematics in Science (Dr. Eckehard Olbrich) and brings together a total of six partners at the Universities of Amsterdam, Brussels, Gothenburg and Paris, as well as the Department of Management at Ca' Foscari University (Prof. Massimo Warglien).

The project developed an open and modular platform, called PENELOPE , which combines the tools necessary for the total integration of the process to collect and analyze communications within a community: from data copied from the web, social media and digital sources, to the visualization of analysis and models developed within the project..

Specifically, Ca' Foscari coordinated project outcomes related to the construction of collective digital memory centered around society's reaction during the Aqua Granda flood in Venice (1966 and 2019).

Stimulate creativity. Inspire new ideas. Surprise. These are just some of the keywords of Science Gallery, an international network of galleries born within the universities dedicated to the involvement of the public with art and science.

Incorporated within Ca' Foscari University Venice and part of the acclaimed global Science Gallery network - which includes galleries located in Dublin, London, Bengaluru, Melbourne, Detroit, Berlin, Rotterdam and Atlanta - Science Gallery Venice is a place of inspiration and change for the most curious minds through the encounter between art and science.

UNDER THE PATRONAGE OF

AquaGranda, part of the Odycceus project, has received funding from the EU’s H2020 Research and Innovation Programme under G.A. n.732942.

THE ARTISTIC LANDMARKS ARE HOSTED BY

An initiative promoted by

A project cofunded by European Union

You can navigate the exhibition directly on your mobile

The artistic landmarks are hosted by